Keith Crane recently passed away (28th January).  He was a former president of the North Norfolk Wheelers and led from the front by competing well into his 80’s.  Below is an article from the North Norfolk News dated 16th August 2007 when he was 81 (on a classic Raleigh Banana).  He cycled throughout his life until he unfortunately suffered a stroke in March 2015.  He will be sadly missed by all that knew him. 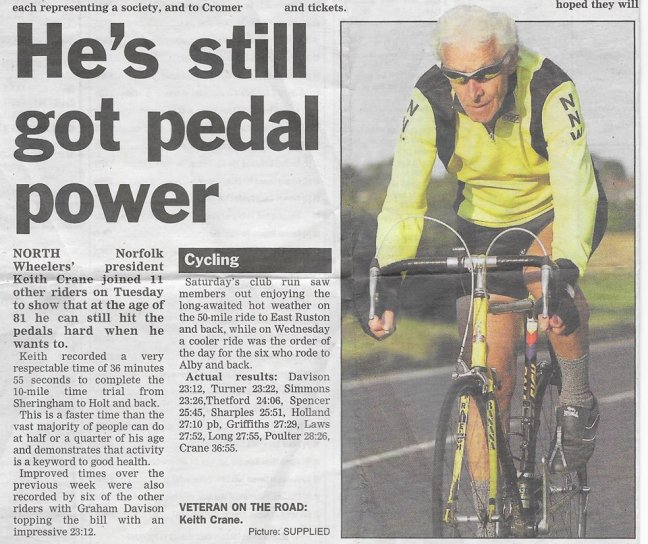 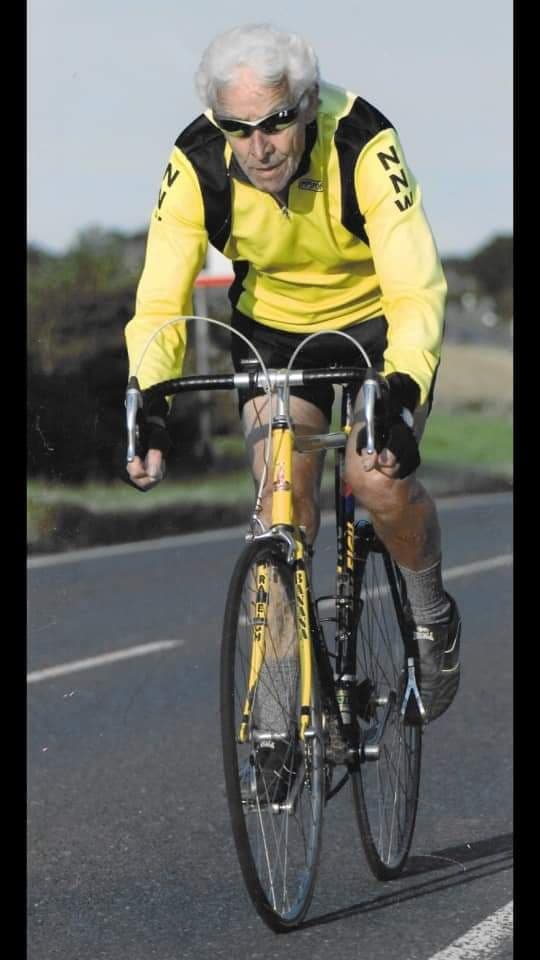