Firstly apologies to anyone who may have pedalled out to Walcott to meet us at lunch but, as you can see, the venue was changed for today’s run. 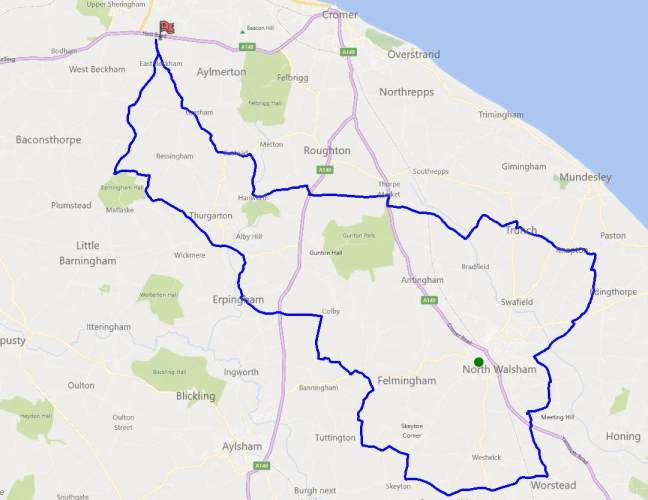 Just 3 stalwarts met at PC on a misty and soggy autumn day and indeed all 3 were not feeling at their best but nevertheless enjoyed a shorter than planned route to a little gem of a café just off the (old) Yarmouth Road.

Rather than describe the route in detail I’ll let you study the map. John lead us on mainly familiar lanes and roads (with one or two cunning twists and turns on the way). One particular point of interest was the decision to take a left into Vicarage Road at Worstead passing through Withergate and upon reaching the A149 we crossed the road to take a path up to Sandy Lane and then down to our lunchtime destination – definitely one to remember for the future!

After a series of quiet lanes through White Horse Common, Spa Common and Edingthorpe Street we eventually reached Knapton and thereafter Trunch where Malcolm left the group to head off to North Walsham.

Many thanks to John for leading today’s ride.